Leila has been drawn to Jesse Glick, the bishop’s son, since the first day she met him at his father’s store, and she knows he feels the same way about her. But she can’t understand why he seems to make overtures one day, then withdraw the next.
Jesse has a secret. He has been attending an Englisch church youth group, and he’s starting to believe he’s being called to be a minister, something Amish men cannot be unless they draw the lot. He’s considering leaving his Amish community to follow his calling. The only reason he has stayed is Leila. Will, Jesse’s cousin, has his own feelings for Leila, but he has stood back in deference to his cousin for many months. Until he can’t stand the thought of Leila being hurt.

Leila can choose Will and know that she will never have to leave her home or family. Or she can choose Jesse and the love her heart desires, knowing she’ll have to say goodbye to her entire community. The day comes when Jesse, Will, and Leila all have to make their choices, choices that will deeply affect their small, close-knit community of Plain families.

Other Books in "The Amish of Bee County" 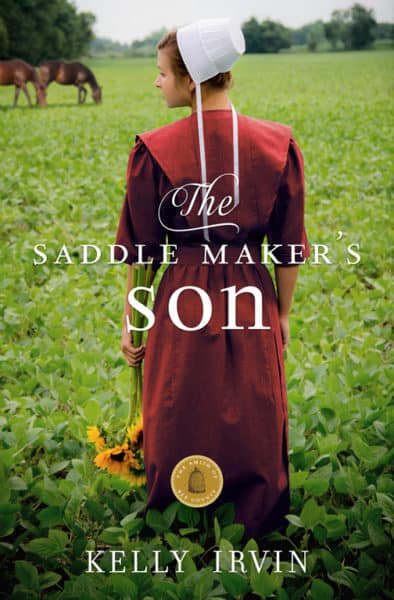 The Saddle Maker's Son - Book 3
Look Inside
Disclosure of Material Connection: Some of the links in the page above are "affiliate links." This means if you click on the link and purchase the item, I will receive an affiliate commission. I am disclosing this in accordance with the Federal Trade Commission's 16 CFR, Part 255: "Guides Concerning the Use of Endorsements and Testimonials in Advertising."
« Previous Book
Next Book »